We’re on the coach heading into the city along Cowbridge Road passing a knot of still functioning Canton pubs. Despite the rush everywhere else to close traditional saloon bars wherever they stand these west Cardiff places remain in business. There’s a spot at the dead centre of what was once Canton village where Llandaff Road, Delta Street, Gray Lane and what might be Leckwith Road but isn’t quite yet mix in a swirl of cars, buses, buggies and men in long coats smoking. Stand here and put your arms out and you can touch at least five working taverns: The Plum Tree (formerly The Goscombe), The Corporation Hotel, The Admiral Napier, The Canton, and Weatherspoon’s’ Ivor Davies. Down the road, in both directions are more.

Ivor Davies is the real name of Cardiff’s major contribution to world nostalgia, Ivor Novello. He was a prolific composer. He wrote Keep The Home Fires Burning, We’ll Gather Lilacs and, unaccountable for a Welshman, Rose of England. He also penned a 1930s musical titled Crest of a Wave. Not the Gang Show favourite but in honour of the textual proximity it’s the Ralph Reader song we all burst into. We do this as the coach slides the short distance between the pub named after him and the blue plaqued terraced house of his birth. 95 Cowbridge Road East. There are potted cordyline looking like palms in the front yard.

We’re in the company of dramatist, performance studies maestro and founder of the theatre company Brith Gof, Mike Pearson. Pearson is bald headed and angular, fearsome but avuncular, a perfect avant-garde host. He’s leading us on a Cardiff bus tour, an appendage of the annual Chapter Arts Centre festival of performance on the edge, Experimentica. The aim is to visit as many sites as possible associated with what were designated in the 60s as ‘happenings’ but as time moved on became something significantly more: performance, time-based art, alternative theatre – activity that breaks the relationship between public and art, where voice and idea mingle in places where the line between audience and performer has become irrevocably blurred.

Is this stuff new? Not a bit. The ideas on which it had been founded can be tracked back to the foundations of modernism at the start of the twentieth century, to the outrages of Zurich’s Cabaret Voltaire and the hanging of urinals as art objects on New York gallery walls. Those innovations mostly stayed away from Wales. For the majority of art history we have never been an avant-garde place. Until, that is, a disparate group of artists beached up in Cardiff and clustered around the teacher Tom Hudson at Cardiff School of Art and Design, then at Howard Gardens. Hudson was virtually the only art teacher west of the Severn who recognised the opening of art to international influences and the smashing of the barriers between art and design as essential. He and his supporters were encouraged with trickles of financial aid  directed by Peter Jones at the Welsh Arts Council. Thus fortified they blossomed across Wales’ newly post-industrial capital.
This was all by chance, of course, rather than design. Suddenly the social and cultural revolution that had rolled down sixties Kings Road London could be seen also in Kings Road Canton. The modernists and their successors had acquired a Welsh base.

We reach the Reardon Smith, the 1932 lecture theatre in the east wing of the National Museum of Wales. Sir William Reardon Smith, 1856-1935, was a sailor, a shipping line owner (including the steam ship The City of Cardiff), a millionaire, a supporter of culture and the arts, and for decades the museum’s principle benefactor. He probably wouldn’t have liked much that the late twentieth century carried on in his name. Here, in the 1965 Reardon Smith Theatre, participants in the Commonwealth Poetry Conference tried to admit a pig as a delegate. Heike Roms, Pearson’s partner and collaborator, projects a grainy newspaper shot from the Western Mail onto the theatre’s giant screen. It shows three poets struggling with a two-hundredweight Vietnamese sow hired in especially for the occasion. She tells us there were near riots and all in the name of verse. 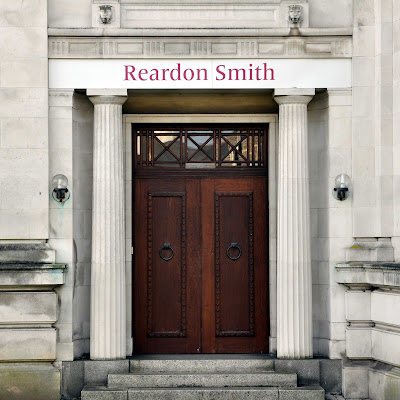 In 1968 Yoko Ono visited to perform her fly piece. This was pre-Beatles and Yoko was still hard-core avant-garde. Actually she didn’t come here. She sent a black and white photograph of herself smiling instead. This was carried on stage by two uniformed porters and placed on the piano. A little later a message from Yoko was read out to the not inconsiderable audience who had each paid five shillings to get in. “Fly” was all the message said. The audience was uncomprehending. Would she fly in later? Should we all fly now? This was a happening, after all.

From this point on activity slowed. The evening progressed. There was silence and shuffling. Yoko did not appear. No one flew. More silence ensued. Nothing happened. Eventually, bored by all the inactivity, people began to drift off into the dark Cardiff night.

The following morning the organiser sat in his office with Yoko’s invoice on his desk. He thought for a moment about her appearance by photograph and then wrote out a cheque. This he took to the Xerox and pressed the button. He mailed the copy back to Yoko quoting her invoice number. Nothing further was said.

In their search for history Roms and Pearson attempt regeneration. Are the performances that occurred in these places still hovering somewhere? Can we restore their memory? Can their spirits be made to seep from the walls? Maybe. We return to the coach and head south. This time it’s to Splott, where the Mecca Ballroom, later bingo hall, stood until it was burned to the ground.

In the neck of streets over the tracks from the Star Centre lie Cardiff’s precious metals, shining gems and planetary bodies: Comet Street, Constellation Street, Sun Street, Star Street, Gold Street, Silver Street, Topaz Street, Emerald Street, Sapphire Street and finally, Ruby Street, where we head. Here, in what was once the street’s Casson Studio Theatre, an early version of Cardiff Laboratory for Theatrical Research was launched. It performed Image. Its members wore white t-shirts and white trousers and were confined to the chambers of two upturned rostra. They mirrored each other, gesticulating. Then they came out and marched up and down the aisles. Behind them a slide guitar in the style of Ry Cooder played. The whole piece is now lost bar one roll of black and white snaps. Photographer unknown.

The Casson later gave itself over entirely to that emerging art form – dance – to become Cardiff Community Dance’s Rubicon Theatre. It was opened by Diana Princess of Wales in 1982, the Lab a thing of the past.

The tour rolls on. We hear from guitarists who were there, shape changers still sliding the blues. In the cleared cholera graveyard of Adamsdown we recall theatre presentations that, back in the pre Health and Safety days of the 80s, oscillated between playgroup and community art. These were performances suspended brilliantly in a magic mix of creativity and anarchy. We stand in a large gaggle surrounding the singing George Auchterlonie while in the distance, out there beside the cleared gravestones, the district’s current young inhabitants watch and wonder. With the choruses we join in, loudly, as only a group of one-time thespians can.

The tour takes in no longer extant spaces in the University Engineering Building. It crosses what was once the Art College car park, and then visits the East Moors Youth Centre. Here a tardis-like theatre, wood embossed and utterly unexpected, has been created in a former chapel out on the edge of former steel-making land. Then we finish. We are back where we started outside Chapter Arts Centre. Here the straggle of coach travellers is invited to recreate John Gingell’s pedagogical snaking line of 1971, hands on the shoulders of the person in front, those at the back knees crouched, those up front head reaching for the sky. Inside there’s a reprise of the barbershop singsong from Pip Simmons 1977 production of Woyzeck. Shave foam and permutation, all energy and style.

This has been a field trip. It says that on the back of the printed hand out. It feels more like archaeology or some sort of scientologist auditing of a shared creative former lives. In the room outside Mike Pearson launches his new book, Marking Time. The subtitle is Performance, Archaeology and the City. It’s a history, analysis and locator for the material we’ve just toured through but not only for the east, for the rest of the city as well.

What you get out of this is Pearson’s take on how the record of a place can merge with the activity performed in it.  How location and circumstance can dictate outcome. Pearson becomes an excavator of the contemporary, a recent historian and a choreographer of artistic action. He quotes extensively from his scripts and from those of others. The ephemeral and the ghostly transient are recalled, often  from the distance of many decades. The past once again become real.

Back in the city’s east, the new artistic hub, now that Pontcanna has been trumped and the Bay washed out, I wonder how much artistic activity will continue. Another budget-slash era is upon us. Things are shrinking and closing down. Art flourishes in hard times, runs the suddenly present rumour. Or is that something the former funders just want us to believe? 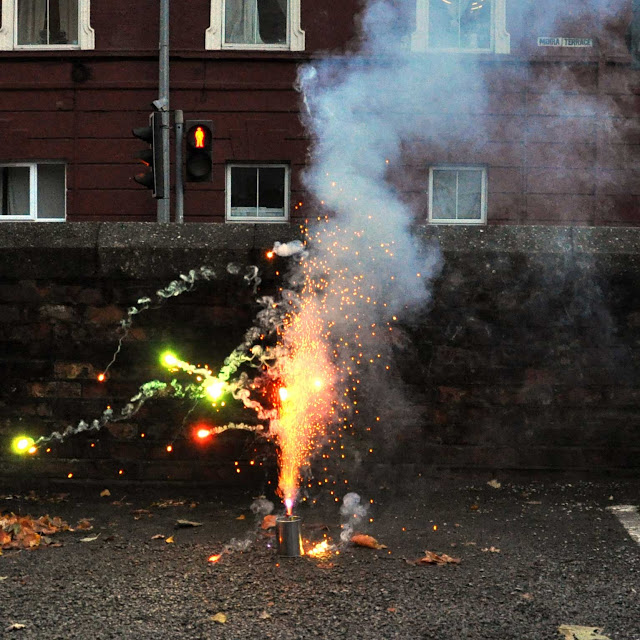 at August 17, 2017
Email ThisBlogThis!Share to TwitterShare to FacebookShare to Pinterest

Real Cardiff The Flourishing City by Peter Finch   is published by Seren Books and is available in bookshops.  Copies can also b...

Posts in this blog

Peter Finch
Peter Finch is a poet and psychogeographer living in Cardiff. He has been a publisher, magazine editor, bookseller and literary agent. His books include Walking Cardiff, Selected Later Poems, The Roots of Rock From Cardiff To Mississippi and Back, The Machineries of Joy, Zen Cymru, Real Cardiff (all from Seren) and many other titles.