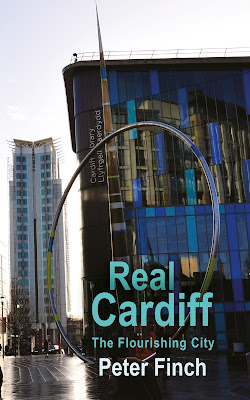 Real Cardiff The Flourishing City by Peter Finch is published by Seren Books and is available in bookshops.  Copies can also be ordered directly from the publisher.
Real Cardiff the Flourishing City shows us where we now are.  Change is rolling in the Welsh capital.  Population is again increasing – 328,200 in 2007, 367,000 in 2017 and a predicted 412,801 by 2026. The building boom, slowed by the financial crash of 2008, is again roaring at full strength.  Towers of purpose built student accommodation towers rush skywards everywhere.  Central Square is full of new build housing the BBC, the School of Journalism, HMRC and a host of law firms. Wales’ tallest building, easily seeing off Swansea’s Meridian Tower,  is proposed for Custom House Street, opposite the Golden Cross.The same developer is building another giant at the end of Charles Street.  Along Park Place the University are removing Victoriana to create a space age student welcome centre almost as big as City Hall.  On the site of the Duke of York by the rail link Premier Inns are building a new hotel. Out at St Mellons Cardiff Parkway, a giant new rail station, conference centre, parking lot with shopping malls, accommodation and offices is about to come into being.

250 of Peter Finch's photographs to accompany the book can be viewed (in high-def if you want) here.

Down the Bay the Navy are constructing a vast training centre while apartment developers continue to construct huge blocks with sea views to die for.  The green lands or what's left of them that once lined the M4 are now filling with new housing estates.  A new metro integrated transport system will follow, they say. In the inner city there isn't a scrap of brownfield that isn't either being developed or has plans to be. Is all this good for us?
In this  flourishing city Peter Finch walks, talks, discovers and delves.  He follows the central rock and roll axis, fights the battle for the Vulcan, recalls the Charles Street Carnival, finds traces of Penylan’s lost mansions and Roman Quarry, magics the psychic centre north of the Castle out of plain air.  He celebrates the Bay’s Baltimore origins, tours the biggest roundabout in the Western world, is there when Captain Video lands in Victoria Park, sales again with Captain Scott, finds trolley buses hidden on the flatlands, walks the coast path, tours the mosques, works out where Canton ends, demystifies the Masons, rides all of Cardiff’s extant railways, stands on every one of its 20 stations,  uncovers the capital's true relationship with Caerphilly and the valleys north, and then eats his way right down City Road. All this and a huge amount more that you didn’t know about the Welsh capital surface in Seren's Real Cardiff The Flourishing City, presented inimitable psychogeographic style.  With Finch’s rich mix of recollection, discovery, research, opinion  and anecdote the new work is his best yet.


You want to find out where the Real city is, where its past went,   and what the capital now does?  Look no further.  It’s all here. 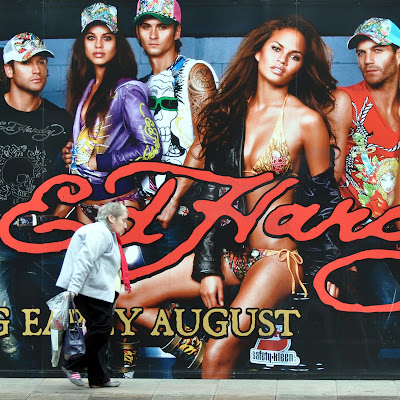 Real Cardiff The Flourishing City by Peter Finch   is published by Seren Books and is available in bookshops.  Copies can also b...

Posts in this blog

Peter Finch
Peter Finch is a poet and psychogeographer living in Cardiff. He has been a publisher, magazine editor, bookseller and literary agent. His books include Walking Cardiff, Selected Later Poems, The Roots of Rock From Cardiff To Mississippi and Back, The Machineries of Joy, Zen Cymru, Real Cardiff (all from Seren) and many other titles.